‘Heroes’ (the inverted commas are part of the title) is a freeform / chamber larp for 4–5 participants and a GM, written by Mo Holkar. It was written for Fastaval in 2016. 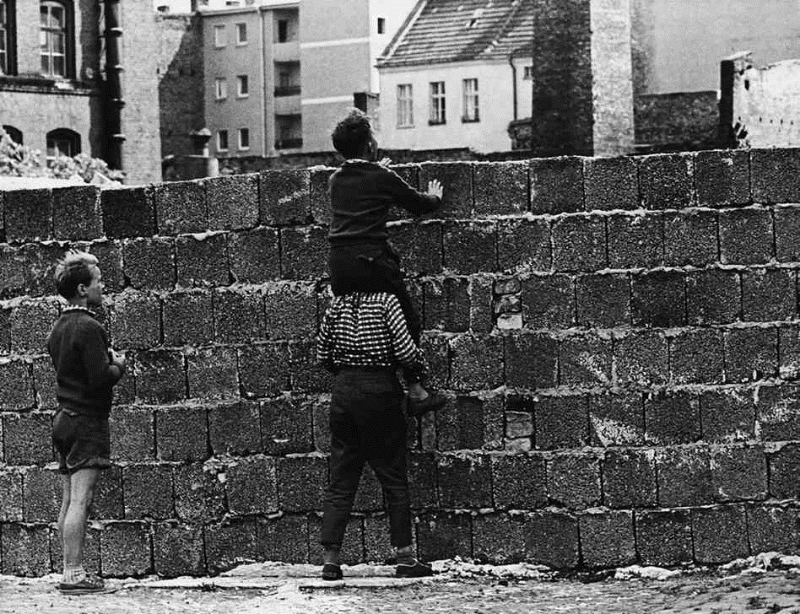 (image: University of the Arts London)

“‘Heroes’ is a group drama of conflicting loyalties. It is set in East Berlin in the mid-1970s, in two locations: a room in a derelict building that overlooks the Wall, and a room in a guardpost that protects it. It is realistic in tone.
“The freeform is made up of five acts followed by an epilogue. In Acts 1, 3 and 5, participants take the roles of a group of five disaffected young East German friends and lovers who meet to talk about crossing the Wall into West Berlin. In Acts 2 and 4, the participants take the roles of a squad of five border guards whose duty is to prevent such escapes, using deadly force.
“The border-guard characters are designed so as to resemble alternative versions of the escaper characters – what each of them might have been, had their lives taken the path of service to the State rather than dissatisfaction with it.
“At the climax of the game, each escaper character will have to decide whether to make their bid for freedom. And each guard character may have to decide whether or not to shoot them.”